Remembering Val – A Tribute to Val Bias by Dana Francis 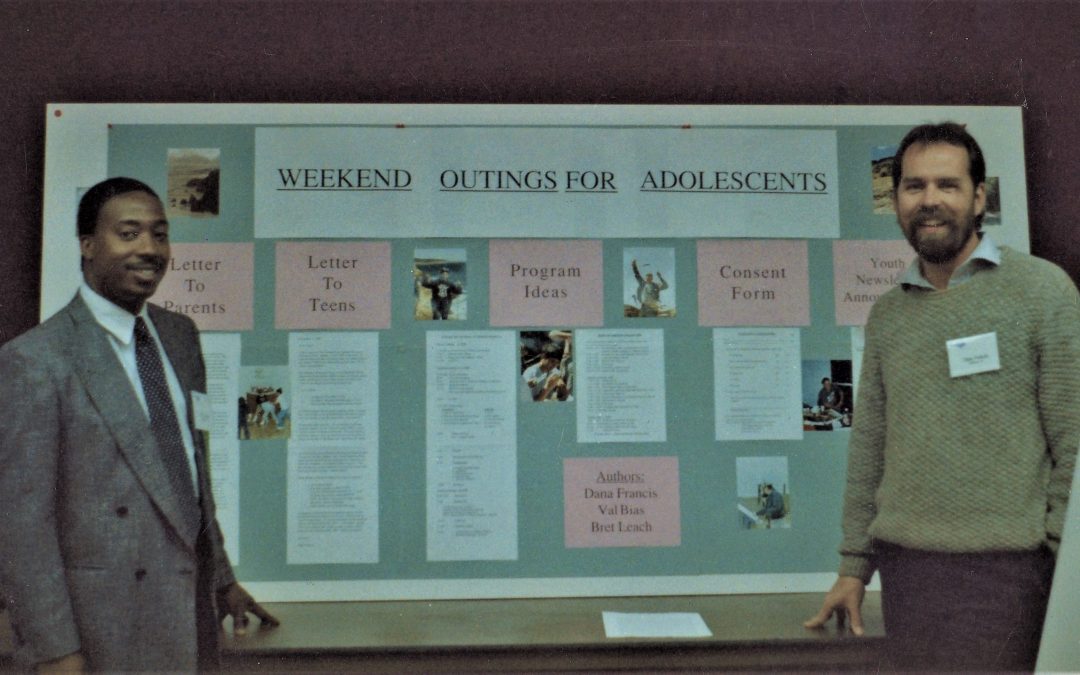 In June 1989, I was a newly hired, unseasoned social worker/health educator at the Hemophilia Council of California, (Oakland office).  I knew very little about hemophilia and even less about the bleeding disorders community.  Someone suggested that I volunteer to be a cabin counselor at Camp Cazadero to make connections and learn more, so I did.  I was assigned to the nine-year-old boys’ cabin by a guy named Val Bias, who was a leader at the camp. 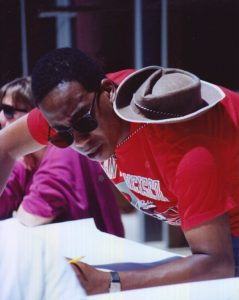 It was a long week of 18-hour days and lots of responsibility.  We all made it through the week, and I remember going home exhausted, but happy that I’d apparently passed muster.

Later that summer I was asked to put together a weekend retreat for teens who were HIV positive.  I’d met a few teens at camp who fit that description, but I’d never planned a weekend event for kids before.  In conversation with my wonderful Hemophilia Council colleague, Jackie Fineberg, I was advised to call Val Bias and ask him for some suggestions.  Val now seemed like a mythic figure after watching him run the summer camp program for seven days, so it was a bit intimidating to call him for this kind of advice.  I was a social worker, after all, with a master’s degree.  Shouldn’t I know how to do this kind of thing?  I swallowed my pride and called Val.

Long story short, Val squeezed me into his busy schedule as the director of the before and after school program at the Albany YMCA.  I remember meeting him at a cafe on Solano Avenue one evening after he was done with work.  I explained to him that I’d been asked to lead a weekend retreat for HIV positive teens with hemophilia.  “What do you want to do at your retreat?” was his response.  I’m sure my answer was, “I have no idea”.  Within a half hour, without any judgment, (Val could be tough….but always fair), he had sketched out an agenda of activities for the entire weekend on the back of a napkin and had volunteered his YMCA facility in Albany for the first night of the retreat as well as the use of a YMCA camp in the Marin Headlands for the second night.  The retreat was held in January 1990, and we had a magical weekend with Val, Todd Smith and Dave Sager as volunteer staff.
To this day I wonder why Val took me under his wing and helped me succeed that weekend.  He did this time and time again throughout my career.  When I needed advice or other practical assistance, he was always there to provide it or to refer me to just the right person who could help.  Thirty-three years later, it’s become very clear to me that there are many people around the country with a story just like mine.  Val’s reach and his bandwidth for providing service to others was unparalleled and unfathomable. 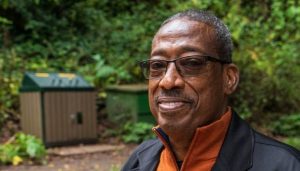 I saw Val for the last time (as it turned out) at my retirement party in the National AIDS Grove in Golden Gate Park this past October.  He flew out from upstate New York to wish me well.  I was so honored that he made the trip, and it was such a pleasure to watch him reconnect with so many of his Camp Hemotion colleagues, old and young.  He mentored all of them as he had mentored me decades earlier.  He was a master gatekeeper, and he opened many a gate for me.  I will forever be in his debt.
Dana Francis, MSW
Health Educator/Social Worker
Hemophilia Council of California
1988-2000