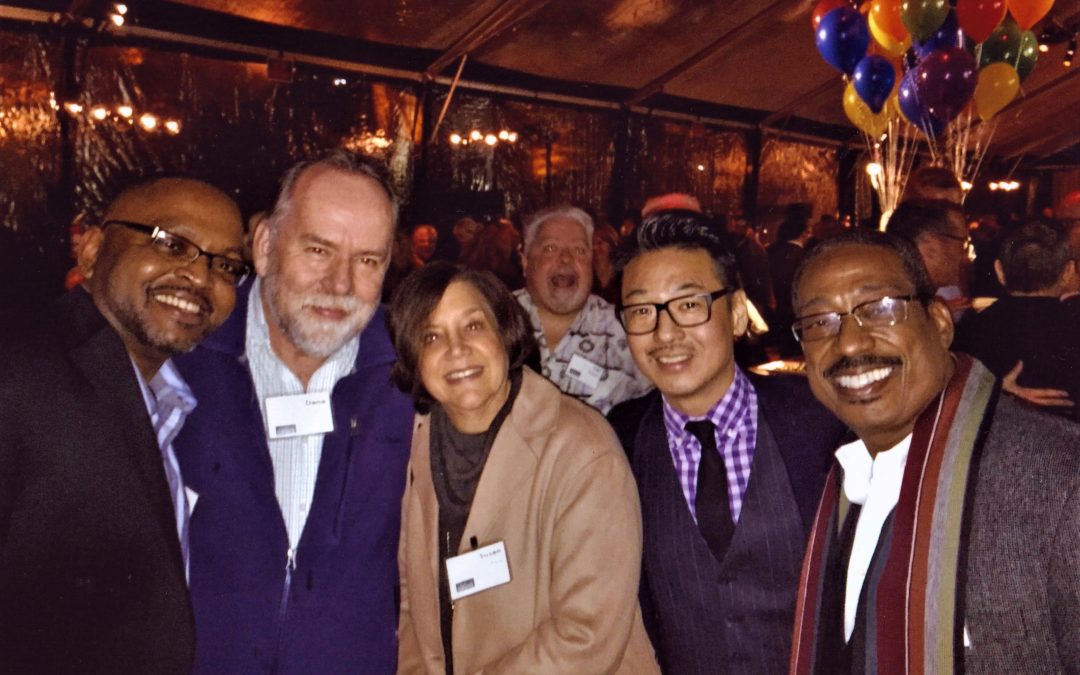 I met Val over 30 years ago. Shortly after I joined the hemophilia community to help direct the federal HRSA HTC Comprehensive Care and CDC HIV Risk Reduction grants for Region IX.

Val and his first wife Katie were late breaking invitees to a panel of HIV infected couples who presented on “Enjoying Safer Sex” at our region’s annual Hemophilia Treatment Center Conference in 1991. Val and Katie encouraged HTC clinicians to address the fullness of patients’ lives. They also shared their difficult decision to not have a child. I was struck by their courage, openness, and, yes, laughter.

In the early 1990’s Val and I worked together on NHF’s blood safety committee and Women’s Task Force, mutual priorities. Val and I also appreciated collaborating as regions, not just HTCs, but NHF chapters, too. Together we made space for NHF chapters in and around our region to join our Regional HTC conference. Promoting learning across and within disciplines.

Val and I shared a strong commitment to advocacy: developing advocacy skills, advocating as part of a team, and building partnerships. When Val joined the Hemophilia Council of California (HCC) in 2003, our collaboration intensified. The ‘advocacy team’ includes hemophilia consumers, clinicians, and policy expertise. Our strategies to reduce barriers to care for community members insured by Kaiser, by Anthem/Wellpoint, by GHPP, CCS and Medi-Cal always used an advocacy team.

Val intentionally extended the team approach to advocacy to commercial pharmacy stakeholders when he created the HCC’s “Home Care Forum” in 2004.  Factor costs to Medi-Cal, CCS and GHPP were spiraling, threatening the continued unlimited access to factor. Remember, about half of all Californians with hemophilia rely on those three insurance programs. The Hemophilia community needed to  show State Officials that they could help reign in the costs. Be part of the solution.

The State proposed a new factor reimbursement rate, set to go live on  July 1, 2007. Quarterly Home Care Forum meetings were a space where all stakeholders, including State Health Department leaders, could regularly interact, publicly discuss problems driving the spiraling costs and their potential solutions, get questions answered, quell rumors, and show the impact of the new reimbursement rate. The State hoped to reduce factor costs by $2-4 million in the first year.  We succeeded.  Factor costs dropped by $21 million in year 1.

Val and I became good friends and worked on many other projects.  He was devoted to the young: inspiring confidence in and building skills of the next generation of leaders.  He was so proud of them.

I’m fortunate to know Robin and see she and Val rejoice as parents to Langston.

Val strengthened the hemophilia community locally, throughout California and our region. Nationally and internationally, too. I’ll miss his laugh. Our hearts go out to Robin and Langston, and their families.  Val is deeply missed.